Distributor Music Box Films has posted the release schedule in USA theatres of the new Jacques Perrin documentary film about forests and forest fauna, The Seasons. Here is a photo with Kathleen Townsend, Jacques Perrin, and Jesse Ausubel at the dinner in honor of the film at the home of the French ambassador in Washington DC. 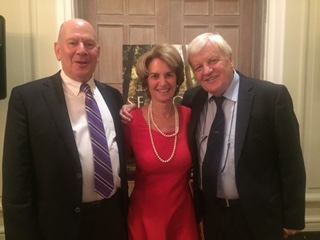 See also the earlier entries below.

Short videos of Galatee’s The Seasons