Why eDNA? Ocean life is largely hidden from view. Traditional surveys for marine animals are often costly, time- and capital-intensive, needing special equipment and trained personnel. So surveys are relatively sparse, and many regions remain unexplored.

eDNA offers a low-cost, low-impact technology to complement traditional surveys, including in difficult-to-survey environments, for protected species, and if pandemics or other events curtail routine surveys. eDNA will help monitor impacts of human activities, weather and climate, conservation efforts, and will aid research and exploration.

Optimizing eDNA methods for metabarcoding marine fish. eDNA metabarcoding uses PCR primers that amplify the DNA of multiple species in a taxonomic group, e.g., vertebrates. The amplified DNA is analyzed by NextGen sequencing, and the individual “reads” are matched to a reference library of sequences from identified fish specimens.

Together with Monmouth University, we hosted the first National Conference on Marine Environmental DNA, November 29-30, 2018. The Conference included approximately 100 American ocean scientists and associated stakeholders, including representatives from academe, federal, state, and local governments, non-governmental organizations concerned with marine environment, and the private sector. The strong sense of the meeting was “eDNA works–let’s get going.” The Conference Final Report and press release summarize the conference proceedings and outline concrete steps forward.

The Conference attracted coverage in Science online and print, and National Geographic online, reflecting the excitement around marine eDNA for monitoring and exploring ocean life. 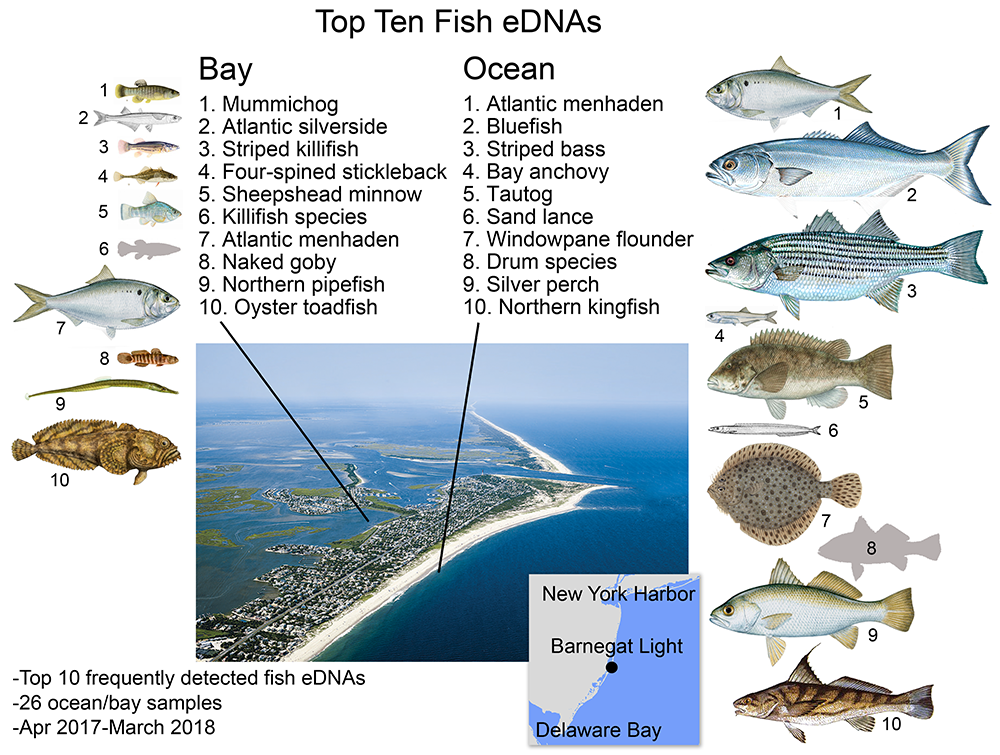 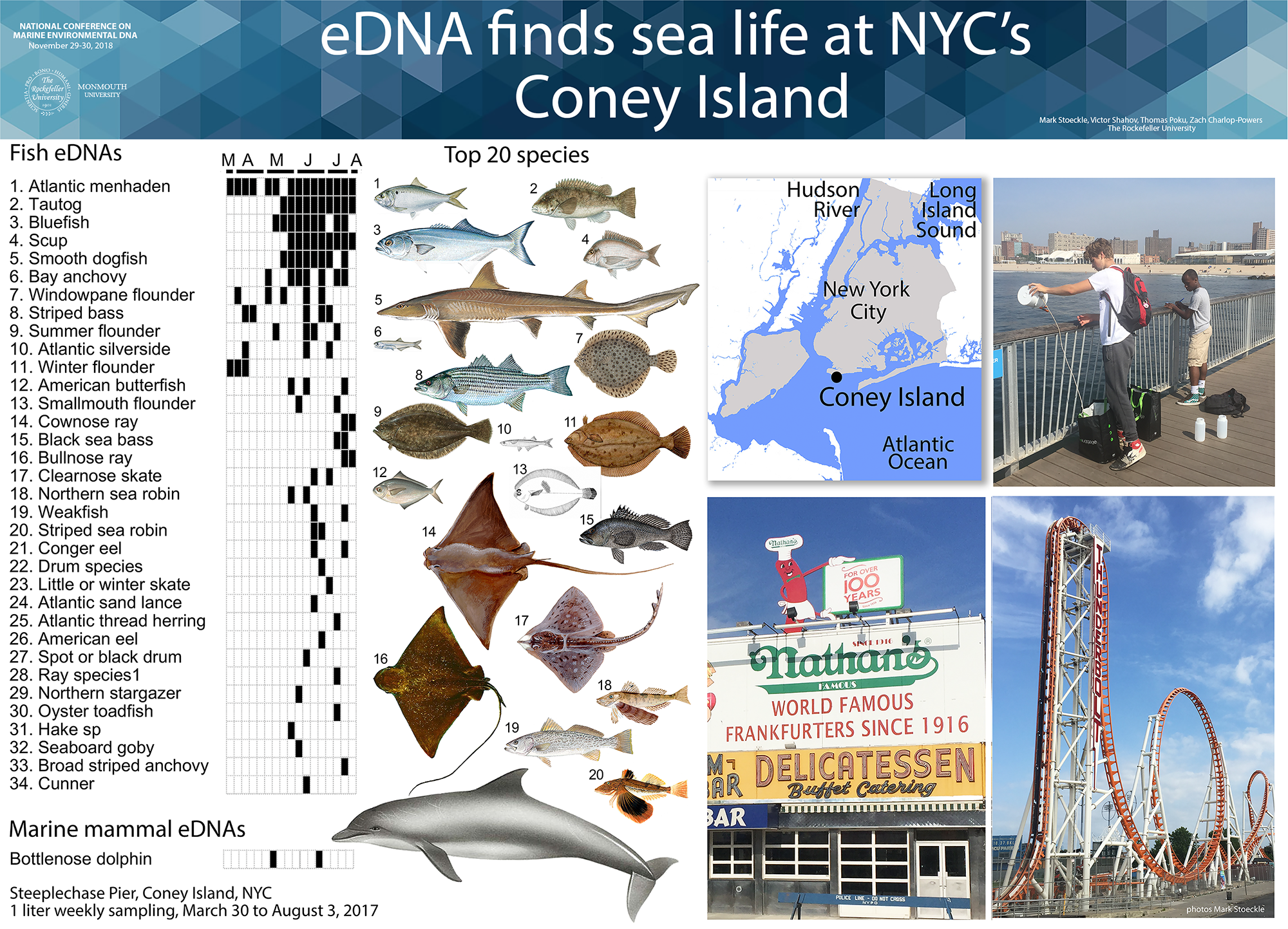 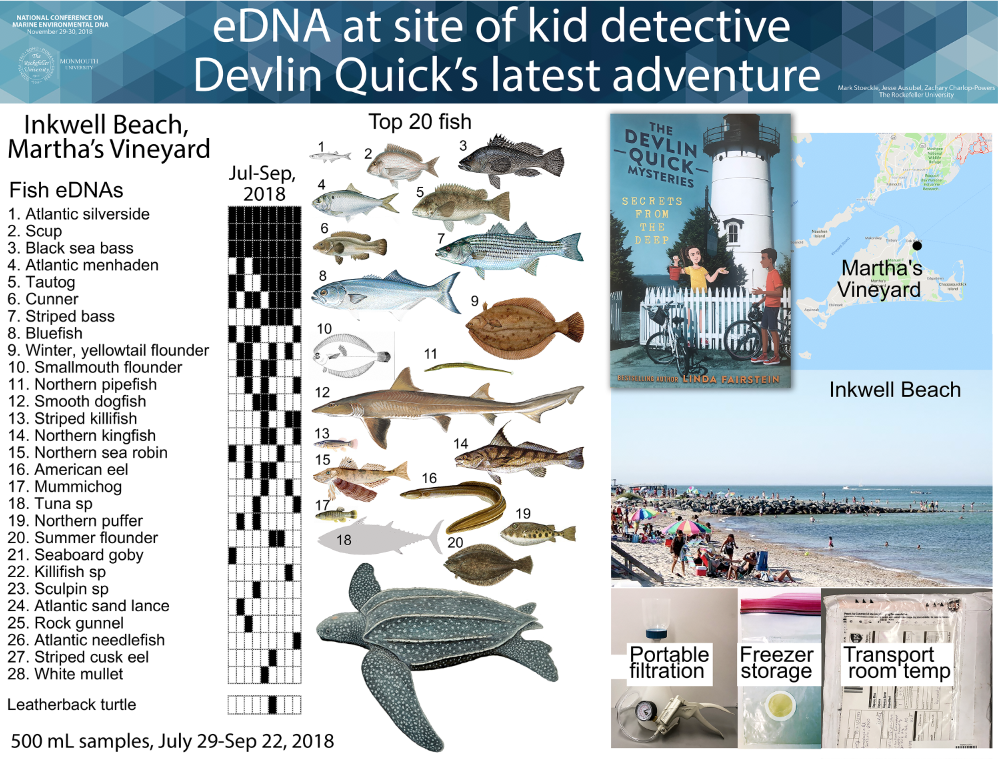 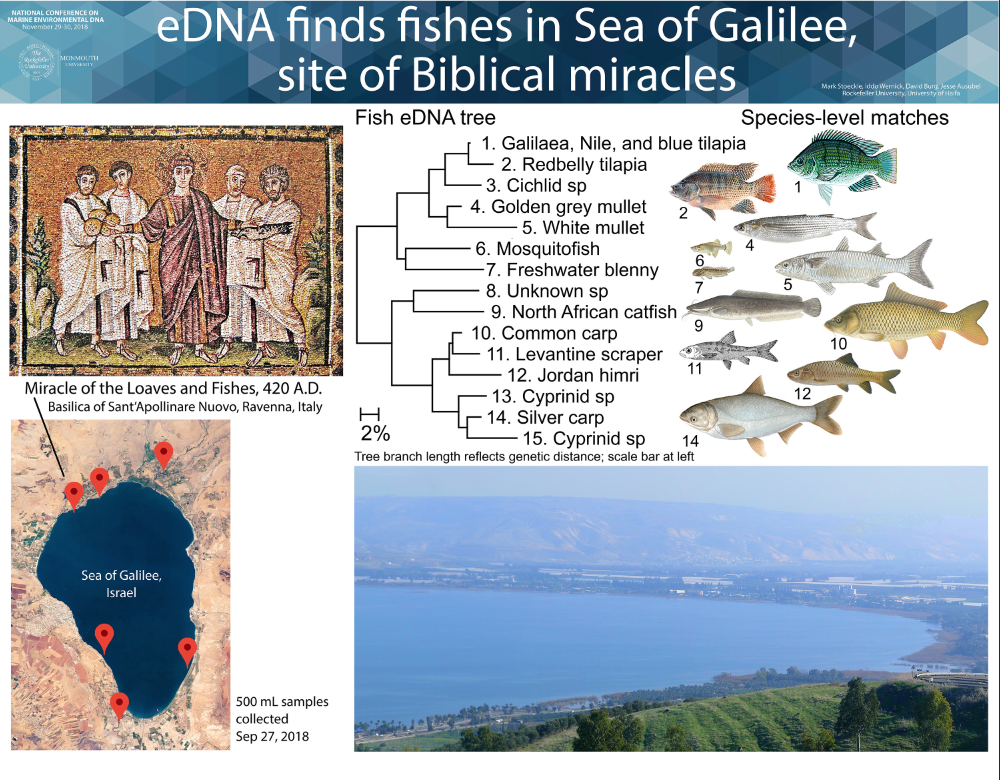 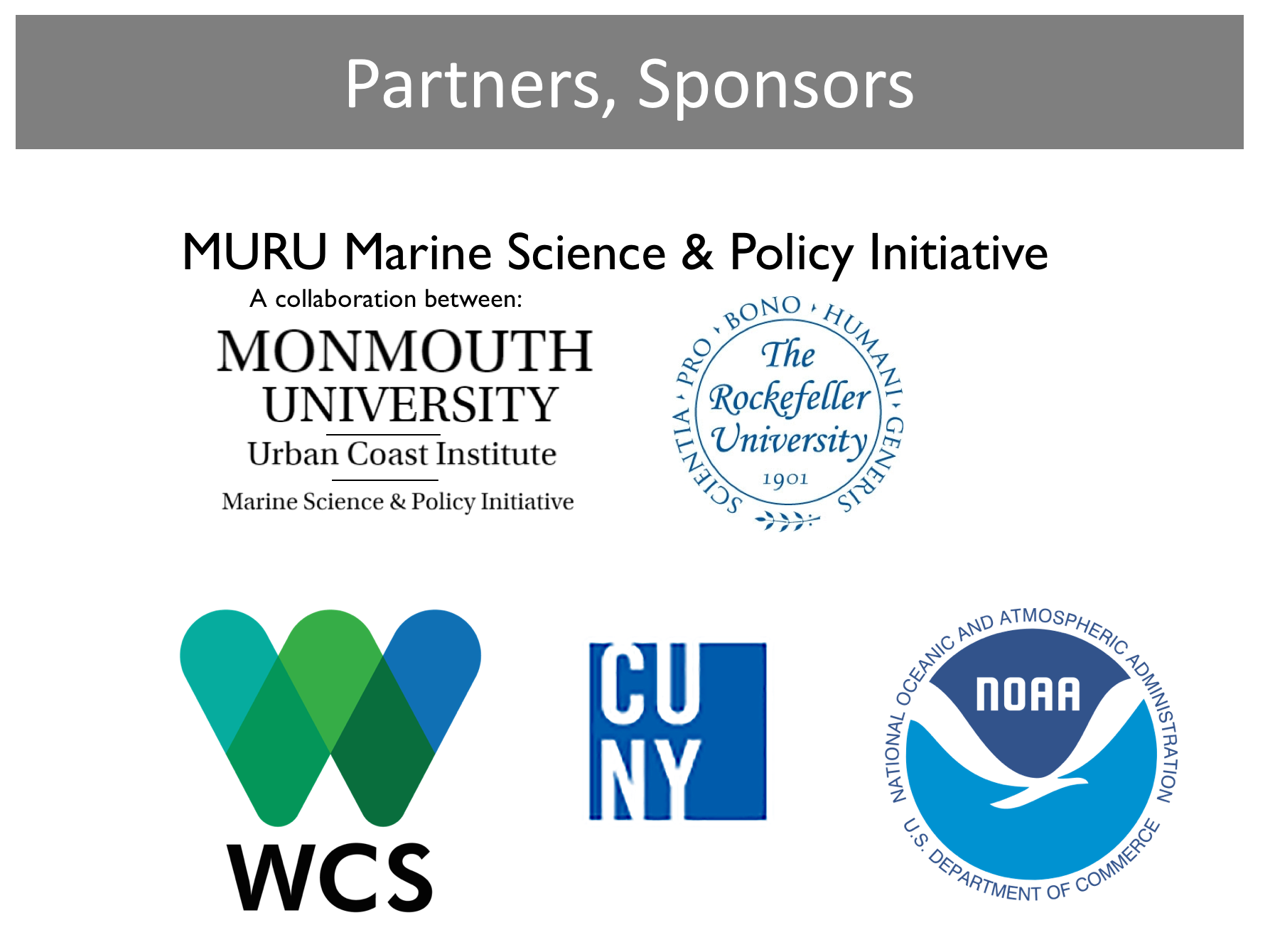 This web site is an outgrowth of the Taxonomy, DNA, and Barcode of Life meeting held at Banbury Center, Cold Spring Harbor Laboratory, September 9-12, 2003. It is designed and managed by Mark Stoeckle, Perrin Meyer, and Jason Yung at the Program for the Human Environment (PHE) at The Rockefeller University.

About the Program for the Human Environment

The involvement of the Program for the Human Environment in DNA barcoding dates to Jesse Ausubel's attendance in February 2002 at a conference in Nova Scotia organized by the Canadian Center for Marine Biodiversity. At the conference, Paul Hebert presented for the first time his concept of large-scale DNA barcoding for species identification. Impressed by the potential for this technology to address difficult challenges in the Census of Marine Life, Jesse agreed with Paul on encouraging a conference to explore the contribution taxonomy and DNA could make to the Census as well as other large-scale terrestrial efforts. In his capacity as a Program Director of the Sloan Foundation, Jesse turned to the Banbury Conference Center of Cold Spring Harbor Laboratory, whose leader Jan Witkowski prepared a strong proposal to explore both the scientific reliability of barcoding and the processes that might bring it to broad application. Concurrently, PHE researcher Mark Stoeckle began to work with the Hebert lab on analytic studies of barcoding in birds. Our involvement in barcoding now takes 3 forms: assisting the organizational development of the Consortium for the Barcode of Life and the Barcode of Life Initiative; contributing to the scientific development of the field, especially by studies in birds, and contributing to public understanding of the science and technology of barcoding and its applications through improved visualization techniques and preparation of brochures and other broadly accessible means, including this website. While the Sloan Foundation continues to support CBOL through a grant to the Smithsonian Institution, it does not provide financial support for barcoding research itself or support to the PHE for its research in this field.